The History of Fashion

Home/Uncategorized/The History of Fashion
Previous Next

The History of Fashion

A hard fate has condemned human beings to enter this mortal sphere without any natural covering, like that possessed by the lower animals to protect them from the extremes of heat and cold. Had this been otherwise, countless myriads, for untold ages, would have escaped the tyrannical sway of the goddess Fashion, and the French proverb, il faut souffrir pour être belle, need never have been written.

The costume of our progenitors was chiefly remarkable for its extreme simplicity; and, as far as we can gather, no difference in design was made between the sexes. A few leaves entwined by the stalks, the feathers of birds, the bark of trees, or roughly-dressed skins of animals were probably regarded by beaux and belles of the Adamite period as beautiful and appropriate adornments for the body, and were followed by garments made from plaited grass, which was doubtless the origin of weaving, a process which is nothing more than the mechanical plaiting of hair, wool, flax, &c. In many remote districts these primitive fashions still prevail, as, for example, in Madras, where, at an annual religious ceremony, it is customary for the low caste natives to exchange for a short period their usual attire for an apron of leaves. In the Brazilian forests the lecythis, or “shirt tree,” is to be found, from which the people roll off the bark in short lengths, and, after making it pliable in water, cut two slits for the arm-holes and one for the neck, when their dress is complete and ready for use.

The North American Indian employs feathers for purposes of the toilet, and many African tribes are noted for their deftly-woven fabrics composed of grass and other vegetable fibres, while furs and skins are essential articles of dress in Northern latitudes. Perhaps the earliest specimen of a modiste’s bill in existence has recently been found on a chalk tablet at Nippur, in Chaldea. The hieroglyphics record ninety-two robes and tunics: fourteen of these were perfumed with myrrh, aloes and cassia. The date of this curious antique cannot be less than two thousand eight hundred years before the Christian era. In ancient times it must be remembered that the principal seats of civilisation were Assyria and Egypt, and upon these countries Western nations depended for many of the luxuries of life. The Jews derived their fine fabrics from the latter place, which was particularly noted for its linen manufactures and for magnificent embroideries, of which the accompanying illustration will give some idea. Medes and Babylonians, of the highest class, partially arrayed themselves in silk, which cost its weight in gold, and about the time of Ezekiel (B.C. 594) it is known to have been used in the dress of the Persians. It is a remarkable circumstance that this animal product was brought to the West manufactured in cloth, which was only half silk; and it is said the plan was devised of unravelling the stuff, which was rewoven into cloth of entire silk. Owing to its high price, the Romans forbade its being used for the entire dress by men, complete robes of silk being reserved for women. It is numbered among the extravagant luxuries of Heliogabalus that he was the first man who wore a silken garment, and the anecdote is well known of the Emperor Aurelian, who refused, on the ground of its extravagant cost, a silk dress which his consort earnestly desired to possess.

Monuments still in existence show that the Egyptians, owing to the warmth of their climate, were partial to garments of a semi-transparent character, while those living on the banks of the Tigris, who were subjected to greater extremes of temperature, wore clothing of similar design, but of wool, with heavy fringes of the same as a trimming. In some cases this feature of Assyrian costume is shown in double rows, one pendent, while the other stands out in a horizontal direction.

The early Greek dress, or chiton, was a very simple contrivance, reaching to the feet. If ungirdled, it would trail on the ground; but generally it was drawn through the zone or waistbelt in such a manner that it was double to the extent of about thirty inches over the vital organs of the body. The great distinction between male and female dress consisted in the length of the skirt. The trimmings were of embroidery, woven diapers, figure bands with chariots and horses; and, in some cases, glass ornaments and thin metal plates were applied. Among the working classes the chiton was, of course, homespun, or of leather.

The stola was the Roman equivalent for the nineteenth century robe or gown, and in many respects resembled the Greek chiton. The fabrics employed were wool and linen up to the end of the Republic, though at a later date, as has already been stated, silk was imported. Colour, under the Emperors, was largely used, and at least thirteen shades of the dye obtained from the murex, which passed under the general name of purple, could be seen in the costume of both sexes.

When the Roman Empire was dismembered (A.D. 395) a style of dress seems to have flourished in the important towns of the Mediterranean, which was similar to that worn in mediæval times in Britain, and which may be examined in the specimens of statuary adorning tombs of the twelfth and thirteenth centuries. The semi-tight under-dress and sleeves appear to have been elaborately embroidered, and the loose mantle of plain material was edged with a border.

One of the earliest descriptions of the female dress in Britain is that of Boadicea, the Queen of the Iceni, whom we are told wore a tunic woven chequerwise in purple, red, and blue. Over this was a shorter garment open on the bosom, and leaving the arms bare. Her yellow hair flowed over her shoulders, upon which rested an ample cloak, secured by a fibula (brooch). A torque, or necklet, was also worn; a pair of bronze breastplates as a protection from the Roman arrows, and her fingers and arms were covered with rings and bracelets.

The costume of the Anglo-Saxon ladies consisted of a sherte, or camise, of linen next the skin, a kirtle, which resembled the modern petticoat, and a gunna, or gown, with sleeves. Out of doors a mantle covered the upper portion of the body, and with the coverchief, or head rail, formed a characteristic feature of the dress of the day. Cloth, silk, and linen were the favourite materials for clothing, and red, blue, yellow, and green the fashionable colours. Very little black and white were used at this period. Saxon women were renowned for their skill with the needle, and used large quantities of gold thread and jewels in their work. Among other instances quoted, Queen Editha embroidered the coronation mantle of her husband, Edward the Confessor.

FRESH OFFERS IN YOUR INBOX 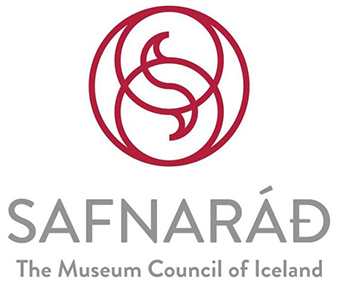 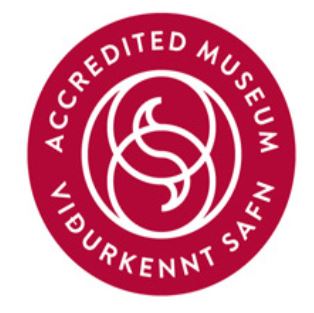 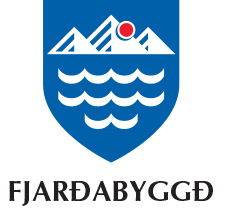